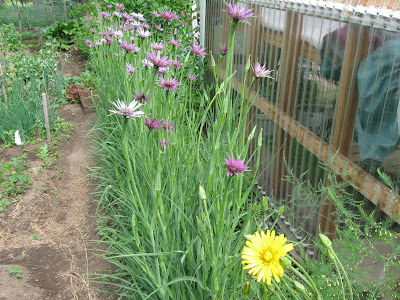 Two of the lesser known root vegetables that we grow are salsify and scorzonera, these winter hardy perennials are just beginning to flower in our gardens. The salsify has a long light colored root and pretty, edible, purple flowers. Scorzonera has a dark black root and bright yellow flower heads that exude a pleasant aroma redolent of sweet chocolate... really they do. 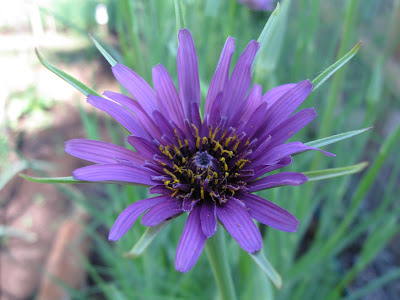 Both roots are white inside and delicious steamed, roasted, or boiled and mashed. We don't peel ours as I think the skin, as with a potato, is most nutritious. They are both referred to as "oyster plant" but do not really seem to impart the flavor suggested in that title. They have a sweet, almost nutty taste like a sunchoke and texture similar to that of a parsnip. We sometimes eat them grated raw over a salad and also use the young leaves in early spring salads as they are one of the first greens to emerge. 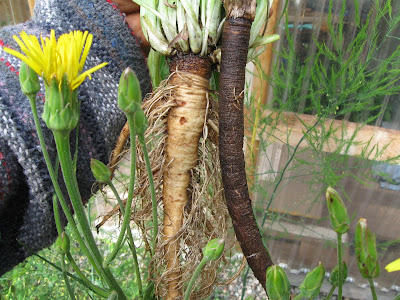 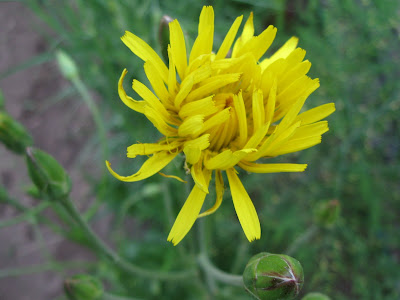 I had a difficult time getting a picture of the flowers as they open in late morning and close at midday. The scorzonera in the picture above is preparing to close for a long afternoon nap. 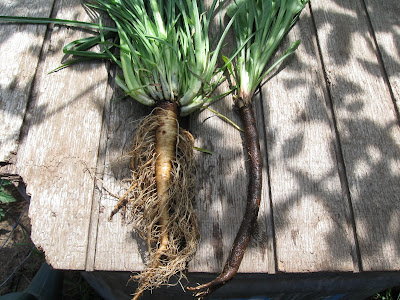 The roots in the picture don't do the plants justice as I chose a couple of small plants. They will get much longer and at least twice as large in diameter. The roots store well covered with dirt in a root cellar but we find they are best overwintered outside in the ground. They are most interesting plants and certainly a worthy addition to one's garden.

We also grow, or I should say control the growth of, horseradish, another perennial plant used for its roots. The plant has lovely white flowers this time of year that send forth an odor that only a bee could love. The roots are white inside and depart a very strong, hot, pungent taste. 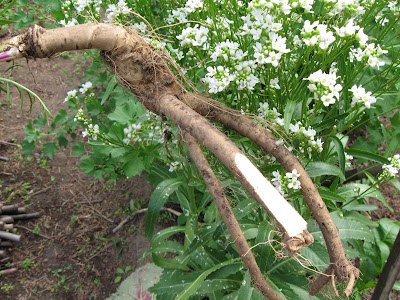 We used to savor the freshly grated root as a compliment to roast beef. Rarely eating meat anymore, horseradish has become a bit if novelty in our gardens for the time being. I am contemplating a horseradish sauce used as a dip for vegetables though. This root will lose all flavor if cooked and raw must be used right after it is grated. It does store fairly well in the refrigerator and can be grated into vinegar and stored for some time.

I originally had a difficult time getting the first two roots to take hold in our garden as they were slow to germinate. The first year I planted them nothing came up, but now that they are established all I need do is tend them properly and protect them from voles. Horseradish on the other hand is hard not to establish and spreads easily if not kept in check. All of the above roots do well in a dry climate once established. The long tap roots allow the plants to mine deeply for water making these vegetables ideal for the outskirts of the garden.
Posted by Mr. H. at 5:36 AM

Wow, those plants are gorgeous! I'm going to try to find out if they grow in our area. I love plants that are edible AND beautiful.

As to horseradish -- do you eat fish? Because it's lovely in a mayo-type sauce for fish.

What gorgeous photos!! We used to eat a lot of both salsify and scorzonera, but especially the latter when I was growing up. My mom would make them with some sort of a white sauce that we could all not get enough of! Delicious! We also ate horseradish as a condiment, but not quite as frequently and I didn't like it so much as a kid. I do now! How fun to see you growing some of these lesser known root vegetables!! :) Silke

Thanks, I love vegetables that also send forth flowers... it doesn't get much better than that.

I think all three would probably do well in Texas. They send out such long roots that once established they need very little water.

We love fish, but usually only eat trout that are fresh caught while on our summer outings. Occasionally we also get fresh salmon from the coast... fingers crossed. I will definitely try the horseradish sauce... what a great idea.

Your the only other person I know of that has tried Salsify and scorzonera roots. Germany and Northern Idaho seem to have a lot of food items in common... pretty cool. Horseradish takes some getting used to, I hated it as child but it has grown on me since.

Happy birthday to your dad.

I'm going to plant me some salsify, for both the pot and for the centerpiece! I love things with a multi-purpose.

I have a hard time growing either; they hate our clay. But yeah germination can be really tough for them; gotta keep them damp just like most of those root crop seeds. Like parsnips I kind of think there's a window that I keep missing.

Have you grown root parsley, Mike? There's another tricky germinator but oh so tasty.

We once had a 'mystery ingredient' type of dinner and the guest of honor was horseradish. It was used in

1. sauces to go on meat
2. a cauliflower gratin
3. a vanilla/orange/horseradish ice cream. This was the best!

They will do great for both and wait until you smell the scorzonera flowers... unbelievable.

It would be hard to grow them in clay soil. Although, I have used a thick pipe or pointed pole to pound deep holes in hard soil about twice the width of whatever I was growing. Filled the holes with good loose soil, and then planted the seed above.

This worked well, once, for some parsnips in packed ground that I did not wish to till. This would not be a very efficient method if you wanted more then a few crops though.

Root parsley, hamburg? I almost tried it this year and will grow some next year for sure. I love parsley, we eat it almost every night. The root parsley would probably be good grated over salads and perhaps it could be stored in the root cellar?

We became huge fans of leaf parsley after we realized how extremely nutritious is was.

Using horseradish sauce on cauliflower gratin sounds really interesting, I will remember that. A vanilla/orange/horerseradish ice cream... do I dare? Sounds strange but really good.

Thanks for stopping by,

Thanks for all the storage info. We're hopeful to get a lot of veggies stored up this summer. So far, we can eat as we go and not build any up. We gave away a dozen onions that had grown 3 feet tall and began taking over. Thanks again, you rock.

I grew salsify a few seasons many years ago, but never really got into it. Last year, some volunteered beside the compost pile, so I think they must have come from VERY old seed that I had just tossed (maybe 20 years old). That, of course, got my attention, so I've transplanted this spring's volunteers to beds for a little pampering for seed production. We hadn't ever tried them for greens, so you are giving me more enthusiasm for this plant - thanks!

It's a great plant with many different virtues. You can eat the root, the stalk, the early greens, and the flowers.

If your salsify has thin leaves like the purple headed salsify in my picture but gets a yellow flower like the scorzonera it might be a wild salsify, some call it yellow salsify.

Apparently there are even more than three types as some have crossed with each other. I would love to see a picture if it flowers.

Fascinating - I'll snap some photos when they bloom. I don't know why I didn't last summer. Too many plants.... I can't remember whether they were yellow or purple... 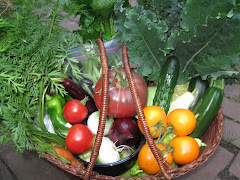 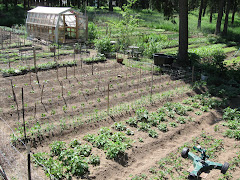 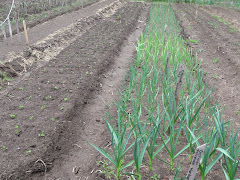 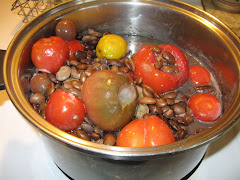 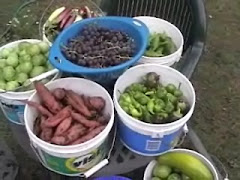 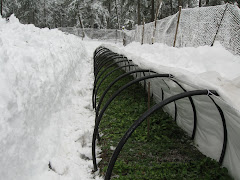 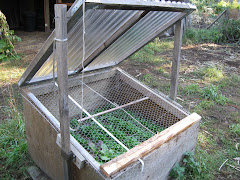 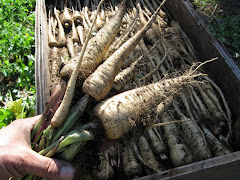 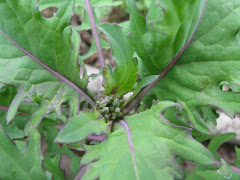 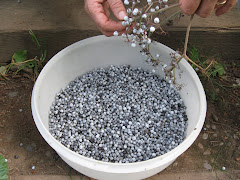 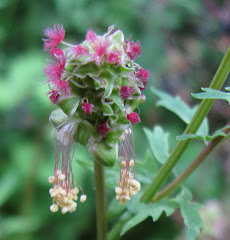 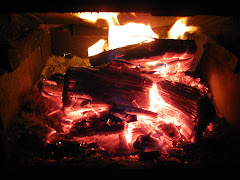 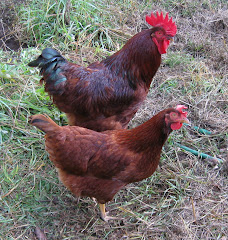 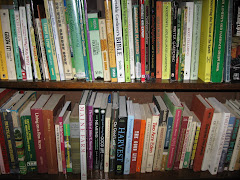 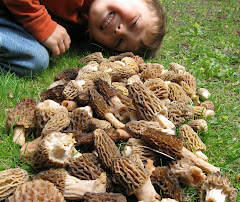 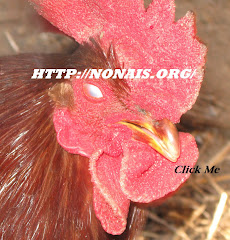